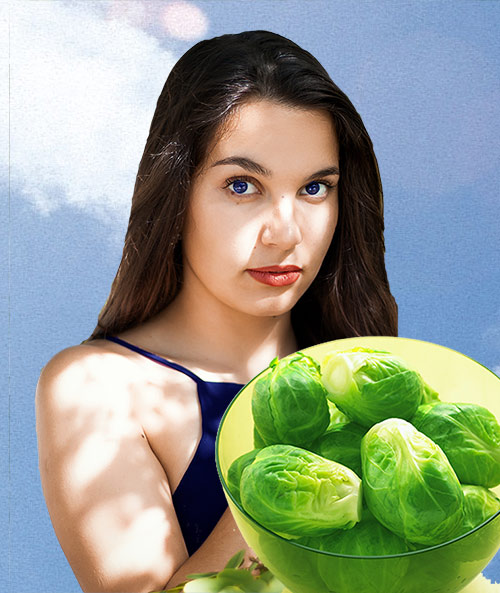 Our body transports fats(lipids) and water based blood within a single circulatory system. It uses a combination of fats with protein to form water soluble packages called as lipoproteins so that essential fatty nutrients can be transported in the blood and also that fatty waste products can be carried away from body tissues. Lipoproteins are a complex mixture of triglycerides, cholesterol, phospholipids and special proteins. There are five different sizes of these chemical packages with each holding four distinct chemicals in it. Ultracentrifuge will split blood serum into different layers based on density in a test. They are:

High density lipoproteins play a very significant role in the cleaning up excess cholesterol present in the blood vessels to prevent plaque formation thus acting as effective scavengers. The excess cholesterol is transported to the liver for breakdown and excretion. The levels of HDL in the blood determine the intensity of cleaning process of the blood vessels to prevent atherosclerosis leading to coronary artery disease. The level of cholesterol is measured by milligrams per deciliter of the blood. The normal range for HDL in men and women is 60mg/dl or above. Any value below these levels indicates that the individual is susceptible heart disease. Hence the concentration of HDL is inversely related to cardiovascular disease. HDL also pays an important role in lipoprotein metabolism in donating proteins such as Apo c2, Apo E and VLDL.

Increasing good cholesterol in the body

HDL concentrations increase in the body depends on the lifestyle of an individual. Avoiding smoking can effectively raise the levels of HDL in the body. This accounts for 10 percent rise in the HDL level. Obesity is a major cause for cardiovascular disease and many other associated diseases. Losing excess weight in the body can yield in a gradual increase of HDL levels. Exercises pertaining to cardiac activity such as running, brisk walking, swimming, aerobics can enhance the levels of HDL significantly. Alcohol consumption should be limited to moderate. Choosing the right kind of fats in the diet enables increase in good cholesterol levels. Avoiding foods containing saturated and trans fats is advisable. These fats tend to increase the low density lipoproteins which damage the blood vessels. Fats which contain polyunsaturated and mono unsaturated fatty acids are safe and they increase the level of HDL in the body. Foods containing these fatty acids include olives, peanuts, canola, fish etc. These fatty acids improve the anti-inflammatory action of the HDL.

In addition to changes in lifestyle, medications can also help improve the level of HDL in the body subsequently lowering the LDL levels. Therapeutics such as niacin in association with statins and cholestyramine increase the level of HDL. Statins block substances in the liver which makes cholesterol. They also reabsorb excess cholesterol in the artery walls. These drugs are often used in people who have a history of cardiovascular disease. In addition, fibrates such as fenofibrate and gemfibrozil enhance the HDL level.

Dyslipidemia indicates the presence of increased cholesterol in the blood. In general the cholesterol in the body is categorized as good and bad forms, thus referring to its functionality. Good cholesterol also known as high density lipoproteins are required for the body to carry out regular metabolic activities. Estimation of triglyceride levels in the blood serves as a key factor in identifying the amount of disordered fats in the body or dyslipidemia. Dyslipidemia is one of the important causes for the onset of coronary artery disease.

Clinical presentation of blood cholesterol levels aids estimation of the onset of conditions such as dyslipidemia which leads to cardio vascular disease. Blood cholesterol determination includes the estimation of high density lipoproteins, triglycerides and low density lipoproteins. Values in the case of dyslipidemia contain increased total cholesterol levels i.e. high LDL levels and decreased HDL levels. These levels are checked on fasting for at least 10 hours. Clinical interventions are recommended in the treatment of dyslipidemia to understand the possibility of cardio vascular disease in a patient and to differentiate the primary and secondary categories of this disease.

Type 2 diabetes is an underlying medical condition in which dyslipidemia is often noticed. It is measured by the lipid profile analysis. Insulin resistance is the predominant cause of low serum HDL. Insulin resistance promotes another condition called hypertriglyceridemia. This eventually leads to the increase of LDL or low density lipoproteins in the blood which can initiate the onset of atherosclerosis. Patients suffering diabetes with increased values of LDL and VLDL fall under the risk group for coronary artery disease. In addition to this, the metabolism of lipids is directly associated with the release of thyroid hormone. In patients with diabetes and hypothyroidism, the chance of cardiovascular disease is imminent.

Dyslipidemia can occur because of various factors. Most of them are induced by altered lifestyle patterns affecting the metabolism of a person. Obesity is the predominant cause of cardiovascular disease which is directly associated with the presence of dyslipidemia in the person. Symptoms associated are lethargy, gasping and difficulty in participating in any kind of physical activity. Alcohol consumption is also a major cause for the onset of dyslipidemia as it is related to the damage caused to the liver which produces major enzymes for lipid metabolism and fat emulsification processes. Other caused include Cushing's syndrome, Polycystic ovarian disease and liver cirrhosis.

Dyslipidemia is a condition which is treated with effective counseling about healthy lifestyle choices. Eating right and handling stressful factors can subsequently act on the regulation of metabolism. Patients are advised to exercise regularly to prevent the onset of atherosclerosis caused because of dyslipidemia.

Atherosclerosis is characteristic inflammatory disease of the arteries. It is triggered by a process called atherogenesis in which there is an accumulation of low density lipoproteins causing the formation of plaque. The plaque thus formed gets accumulated in the arteries causing blockage in the blood flow. The most prominent arteries prone to these plaque accumulations are the elastic and muscular arteries.

Atherosclerosis in the initial stages appears as a fatty streak and over time it develops into a more prominent condition causing hardening of the arteries. It results in the reduction of the arterial pathway of carotid, abdominal, cardiac and other arteries of the lower and upper extremities. The etiology associated with this condition is the deposition of cholesterol and lipids in the internal lumen of the artery. These depositions are focal in origin. The disruption caused in the endothelial lining because of cholesterol accumulation leads to the emergence of inflammatory disease and arterial injuries.

Atherosclerosis triggers many conditions such as atherosclerotic heart disease, peripheral vascular disorder, coronary artery disease, and carotid artery disease. In atherosclerotic condition, some diagnostic investigations may be non-specific to the patho-physiology associated with the disease. One such test is analysis of C reactive protein which is a non-specific marker of inflammatory disease. However, the fatty streaks and associated lesions caused are identified by the characteristic smooth muscles containing lipids in it.


A fibrous plaque is formed initiating the changes in the arterial wall. The cholesterol translocation in the arterial intima (inner region) is facilitated by the lipoproteins. The fibrous streak contains collagen which is grayish white or yellow in appearance resulting in the narrowing of the blood vessel. The emergence of a complicated lesion like this can induce the formation of ulcers leading to rupture and dissemination of the accumulated plaque to various regions. This leads to the occurrence of three types of strokes. The Thrombolytic stroke which is a result of a clot or thrombus formation, hemorrhagic stroke because of blood vessel damage and embolic stroke in which the clot does not pass through the narrow artery. This eventually results in the occurrence of ischemic stroke in which there is a lack of blood supply to the brain.

Hypercholesterolemia is one of the main causes as it causes the low density lipo-proteins to occupy the inner layer of the artery. Elevated homocysteine levels also play an important role in the occurrence of atherosclerosis. Homocyteine levels are generally high in patients who have a history of high red meat consumption rate. Increased homocysteine levels facilitate the hardening of the arterial wall causing atherosclerotic lesions. Increased angiotensin-II concentration is also an important factor in the initiation of atherosclerotic condition as it causes vasoconstriction and associated hypertension. Other factors include infections caused by Chlamydia and Herpes viruses.

In all these factors causing atherosclerosis, the nature of inflammatory response is associated with interactions related to the monocytes, endothelial cells and T cells. In most cases, plaques or associated clots occur in the region of branching, bifurcation or curvature of the arteries. This is because of the alternating blood flow path occurring in the respective region.

The risk factors associated with atherosclerosis are mainly because of lifestyle and preexisting medical conditions. Smoking, alcoholism, obesity and hereditary factors are the predominant reasons. Other factors include diabetes, hypertension and family history of which is associated with a specific altered gene.

Patients with atherosclerosis are advised to incorporate lifestyle changes with constant watch on their eating habits. Physicians and cardiologists recommend cardiovascular exercises on a regular basis apart from medication. Surgical interventions are required in case of increased coronary artery blockage and dispersed thrombus in the blood circulation.

The plaques formed in the arterial walls of one who suffers from atherosclerosis contain significant levels of cholesterol. The risk factor of Coronary Heart Disease (CHD) rises in direct proportion to the level of LDL - Low density Lipoprotein and comes down with an increase in the HDL cholesterol. The LDL is estimated by the following formula:

Atherosclerotic Peripheral Vascular Disease occurs owing to Atherosclerosis in Aorta and Iliac Arteries which results in Claudication (pain on exertion) or in some cases lesions in the vessels of legs ( Occlusive Atherosclerotic Lesions). The severity of the symptom can vary from time to time and usually subsides after some rest. For men, bilateral common iliac disease can often start with Erectile Dysfunction (ED).